In Army stadium will be held a amazing tri- nation music fest 2014 on 11th April 2014. It’s music fest managed by Grameen Phone. Ayub Bachchu of Bangladesh, Koilash Kher in India and Ali Ajmat in Pakistan is going to be held in the Tri Nation music Fest 2014. This event will be held at Army Stadium in Dhaka on 11 April 2014. At evening 6 PM concert will begin. 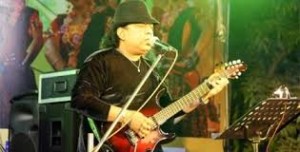 2012 Tri Nation music fest concert was the first concert in Dhaka. This is going to be a one-year break in again to host the second meeting.

This year’s event stage performed by Ayub Bachchu of Bangladesh, Kailash Kher India and Pakistan Ali Azmat . This is one of the three countries will sing on stage for the first time in three rock legends.

India Kailash Kher Sufi and folk music artists. Hindi, Urdu and Bengali-language songs to the audience that he is quite popular in the country. Pakistan has captured the Sufi and rock music artist Ali Azmat.

Kailash Kher arrive in Dhaka on 10 April to take part in the ceremony, and Ali Azmat. Army Stadium in Dhaka on 11 April, will be held at 6 pm Tri concerts. The concert was organized by Grameen phone.