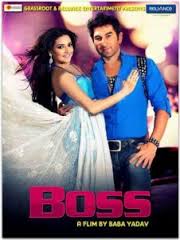 Tollywood heart throb super star Jeet and hot queen heroine Subhashree Ganguly together acted in a film Boss. This paired a new in Bengali film industry. They were first acted movie ” Pritribhumi”. This movie they were sister and brother. In first time they are co- artist.

Subhashree Ganguly are the most popular actress in Indian bangla film industry. She is the young heroine. Her many released movie in Kolkata film industry. Such as Challenge, Romeo, Khokababu and upcoming working movie Khoka 420 with Tollywood throb star Dev.