Legendary Bengali film actor Ranjit Mullick’s daughter Tollywood super queen and Paglu fame heroine Koel Mullick. She is now busy to bengali film. She is the most popular in both bangla than others Tollywood heroine. Coming soon her upcoming comedy bengali film “Bangal Ghoti Phataphati” with Jishu Sengupta. 2013 first side Koel Mullick was married and his husband known as film producerÂ 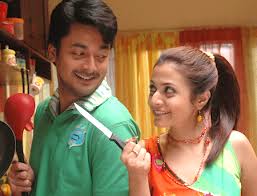