Musafir 2015 is an upcoming Bangladeshi Bangla movie by Arifin Shuvo and Marjan Jenifa. It’s based on action Bangla movie. The film may be released on in this year EID festivals. Today (16th May 2015) has been released Bangladeshi action movie “Musafir” trailer. Very soon will be released the film music album on YouTube. 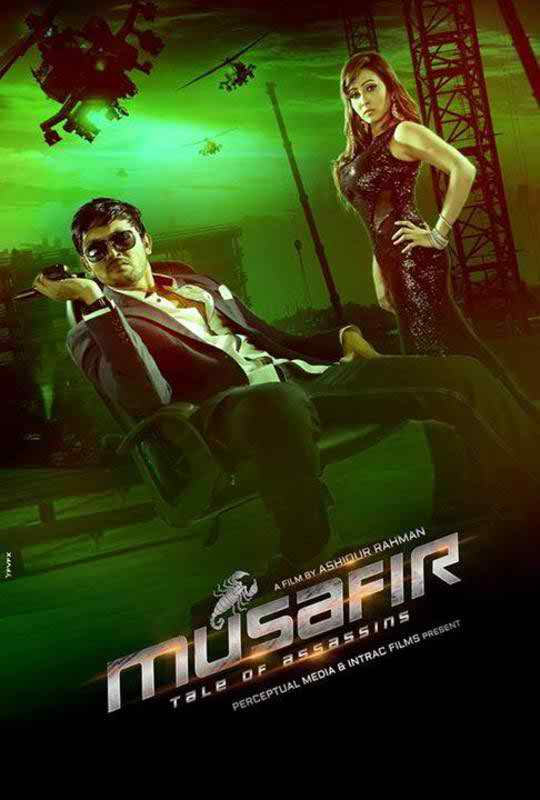 Arifin Shuvo is handsome and bodybuilder hero in Dhallywood. He is a most attractive hero in Bangladesh. Probably young generation like very much of him. His last released movie was Chuye Dile Mon with Zakia Bari Momo. The film was directed by Shihab Shaeen. The film was super duper hit.

Marjan Jenifa is newcomer heroine in Dhallywood film industries. Her debuted film is Musafir. Before she some times acting were a few drama and TVC. By Musafir movie he coming in big screen with Arifin Shuvo and it is the big break of her. Now the film is the big challenge of her. Below given Musafir movie trailer: