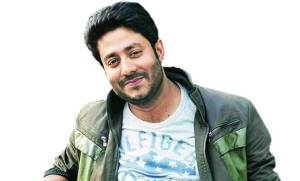 Raj Chakraborty was born on 21 February 1975 at Halisahar, North 24 Parganas, WEst Bengal. He is coming from middle class family background and his established story was so heart touch. Today his success doing the hard working and honesty. His years active from 2008 to present.

Education:
Raj Chakraborty is an graduated. He completes his graduation from Rishi Bikram Chandra College, Naihati. He completed his Bachelor degree in ARTS from RBC College. Hebegan his career as Bengali actor and later he was working of Assistant Director with Arindam Dey on 2000. Instead of he started on making telefilm and his frist telefilm was Nawder Chaand.

Raj Chakraborty firts debuted film was Chirodini Tumi Je Aamr. It’s film was released on 15th August 2008 starring by newcomer Rahul Banerjee, Priyanka Sarkar, Rudronil Ghosh and a cameo appearance was Dev. The film music directed by Jeet Ganguly and he won the best music director by this film. On the others side also Raj Chakraborty won the Best Movie director of his first debuted movie.

Raj Chakraborty have nickname and it  is Remake king of Tollywood. His every movie is remaking by Tamil or Telugu movie. Only Proloy is not remaking movie. Now he is busy his upcoming movie Kathmandu, where starring by Abir Chatterjee, Srabanti Chatterjee, Saswata Chatterjee, Mimi Chakraborty, Soham Chakraborty, Rudranil Ghosh
Malobika Banerjee, Ekkavali Khanna and more others. The film is not remake.