Raj Chakraborty next upcoming high voltes action movie have with popular pair Dev and Srabanti.Â  This movie name is Rajorshi. It,s an based on action and drama. Rajorshi movie made under the banner of Shree Venkatesh Films and produced by Srikanta Mehta. Rajorshi movie music composed by renowned music director Jeet Ganguly. 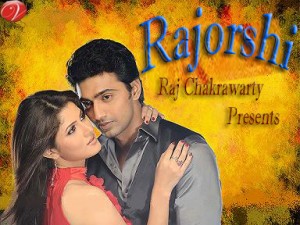 Dev and srabanti Indian Bengali film industry is a bright star. And if you have a talented director like Raj Chakraborti. It is absolutely sonaya sohaga. Raj Chakraborty name a fire, which hits cinemas tag. Dev have an actor, starring in his own movies that has created its own place. Bengali film itself has reached another level. Each movie has been released, creating a record. Contests are always with their own self.

Srabanti a heroine of the film when it was released as a skilled actress. Indian Bengali films, she has occupied a unique place. After the gifts are one acre of movie hits. The pair tied the continuation srabanti and again we’re going to do acting in movies rajarsi Raj Chakraborty directed. Rajorshi film will be shooting on beautiful location inÂ  Kolkata and abroad.