Rambo Rajkumar is an upcoming Bollywood movie starring by Shahid Kapoor, Sonakshi Sinha and wanted renowned director Prabhu Deva’s dreamy film. He known as film director, actor, dancer and choreographer. He did manage to nearly 14 films, most of which have 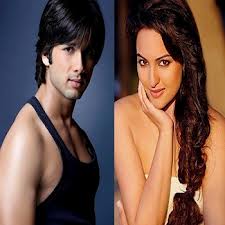 succeded. Two more movies in the process. Wanted and Rowdy Rathore prabhu Deva’s movie career has been regarded as a major achievement. The two films as director and turn his life filmy the altitude is reached.

The movie has music pritam. He was a well-known music director. The movie total 6/7 of the song. The songs of the movie are composed pritam very carefully, so that the song was popular. Pritam said, the songs are written and composed in movie has been dominated by story.