Rituparna Sengupta is a very popular in Kolkata Bengali Film Industry. She was born on November 7,1971. She is the most successfully Bengali film actress in India. Now she performed few well Hindi movie. She presences Kolkata film industry 1992 from present time. 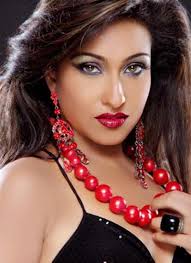 Rituparna Sengupta age is now 41 years old. Her birth place was West Bengal in Kolkata, India. Her spouse name is Sanjay Chakraborty (199 from Present). Her father name is Prabir Sengupta and mother’s name is Nandita Sengupta. She has two children a boy name is Ankan and a girl is Rishona Niya.

Rituparna Sengupta likes art, dancing, painting singing and handicrafts from childhood. Her first school name was Mount. Carmel School and she completed her graduated in History from Lady Brabourne College and an M.A. at University of Calcutta.

Rituparna Sengupta started her film career 1989. Her debuted Bengali movie was Swet Pathorer Thala. Under below give her both Hindi and Bengali filmography.

Awards:
Rituparna Sengupta had got many awards for her work performance. She got awards were Bharat Nirman award, Silver Lotus for best actress, Anandalok Puruskar, BFJA awards and Kalkar awards.