Runway is an upcoming suspence and thrillar Kolkata Bengali movie. Dev, Srabanti and Tanushree is the main casting in this movie. Runway is the whole of suspence movie. Runway movie directed by Aniruddha Roy Chowdhury and produced by Srikanta Mehta and Nispal Singh Rane. It,s movie will be made under the banner of Shree Venkatesh Films and Surinder Films. 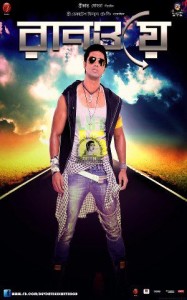 In a first time Dev, Srabanti and Tanushrre are together acting in a film by Runway. Tanushree first movie Bedroom. Bedroom was a very good movie and this movie was the main turning point of Tanushree. Through Bedroom movie Tanushree get many praised and go ahead.