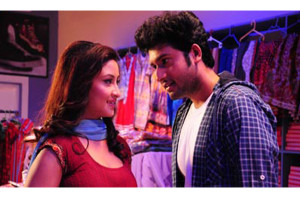 Shopping Mall Dot Com movie story centralized two days occurred. Two days are 14 August and 15 August. One day story hero and heroine going to shopping mall and introduced each others. The hero and heroine of the movie is eventually trapped in shopping malls. And there is talk of them with Rabindranath Tagore, Netaji, Mother Durga, Ganesha and Laxmi Tagore. This the summarized Shopping Mall Dot Com Bengali movie story.

Swapan Saha directed Shopping Mall Dot Com upcoming bengali movie will be released on (may be) 15 August 2014. 15 August until the end of the film. According to the director, the story wrench comedy, even if Images can not be simply crazy comedy genres. Laughter various contemporary political Wanted to speak to the situation.