The best film award in Paris took Bangladeshi film’ Shunte Ki Pao’. The standard rooms have a staple of French and European movie The relay, 35 th Festival debut last Saturday night at the closing awards are given. Paris is famous award will be announced at the Conference Center George pampidyu. The main room of the grand Prix selected from around the world more than 10 invitations with movie Shunte 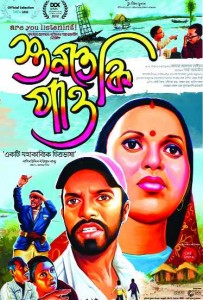 The coal missing something Bhadra river draining the land and rescue the story of the struggle to create an oscillatory Feature standard movie ‘Shunte Ki Pao’. Two years later he citrayita movie scripts, manage and filmed by Kamar Ahmed Simon and sponsored by the Sara Afrin. The ‘Shute Ki Pao’ film award competitive grants from the European and Asian Forum for documentary the best way is accepted. The Berlin Film Festival in a special room at 2012 ‘Berlin Talent Campus’ – Lan’s editing is limited to only 9 are invited from around the world in the movie of this invitation.