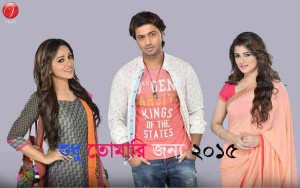 Birsa Dasgupta upcoming Sudhu Tomari Jonno will be coming in this Diwali. Shree Venkatesh Films Limited and the film director finally announced that superstar based the film will be released on next Diwali 2015.