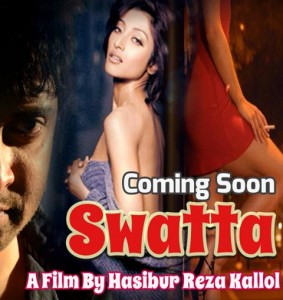 Indian actress Paoli Dam have been coming on July 8 in Bangladesh. She coming to Dhaka shooting for upcoming Bangla movie”Swatta”. Shakib Khan with his acting in this film. Director Hasibur Reza Kollo said, i will give a well and fully entertainment Bangla movie to visitors.

Release date:
Hasibur Reza Kollol directed upcoming Bangla movie Swatta filming will be end in this year last time. May be the film released date on next year (2015). And we expected in this any time the film music album will be released.