Now the hottest news of Technology world is The co-founder of Google’s Android former leader Andy Rubin has been leaving the company source by Google on 30th October 2014 (Thursday). Now his replaced by James Kuffner and he will joined here in a very soon. 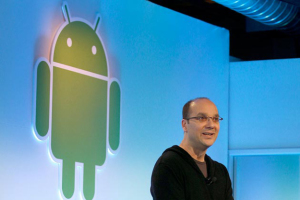 James Kuffner is a person, who can joined as research scientists of Google and the members of Robots sector. Mention that’s we know Andy Rubin was took the android sector of Google from 2003 and he working by honestly. For his attempt Google android arrived a high levels or touch a milestone of Technology world.

By the sourced of Forbes and according to The wall Street Jurnal reported, we know Andy Rubin was in Google android version sector from 2003 until 2013. About of Andy Rubin exists Google’s CEO Larry Page also said’ Andy Rubin was a good, honest man and he is my closest workers when he in Google Android division. So i wants he arrived in a future good positions and all the best.

A years ago Andy Rubin was a tweeted that’s my future and future working sector is awesome. But now his tweeted is past and he existed from Google’s android and Robots division. When he was joined on Google android division then the divisions condition was a very poor. But his heart and soul try Google’s android division gets their glorious times and all over the World the products gets very popularity.

We gets some information according to his profile that’s Andy Rubin very short times working the companies others sector as Apple, Carl Zeiss Microscopy, Microsoft and Web Tv. From this working sector we understand that’s he is genius and very talented officer in Google’s android division.

Dears readers and visitors i have Facebook fan page. Here you can various news as education, world news, sports news, Technology news, entertainment news and more others. Our Facebook fan page address is: www.facebook.com/Cinejalsha. Thanks to all, who are visits my or ours site.